You can spend the night in some haunted places that are also pieces of Arizona history. 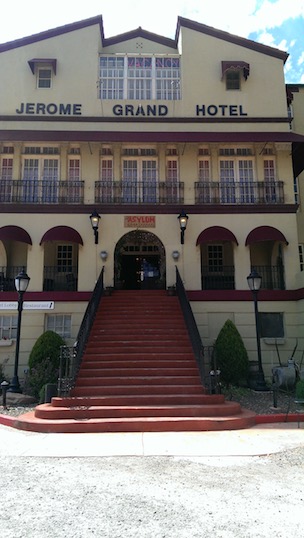 When this building was first built in 1926, it was the United Verde Hospital (Mullaly and Ohlde 133). It opened in 1927 and operated until 1950. After Jerome's mines closed, the town's population went down, and Jerome began turning into the living ghost town that it eventually became. For a long time, the hospital building was not in use, although it was kept ready in case a sudden emergency required its use. In 1994, Larry Altherr purchased the building from the Phelps Dodge Corporation and turned it into a hotel, which opened in 1996 (Branning 77-78).

As you can imagine, a hospital where people sometimes died would probably have a few spirits who stuck around. However, this particular hospital was also the site of a bizarre murder in 1935. A maintenance worker, Claude Harvey, went to the basement to fix an apparent elevator malfunction. He was later found dead, his head trapped beneath the elevator. However, according to the electrical engineer who later investigated the "accident", the elevator was perfectly fine, and only deliberate sabotage could have caused Harvey's death. Harvey is believed to still haunt the site of his murder, particularly the boiler room and the elevator (Branning 78-79).

I stayed at the Jerome Grand Hotel in 2014, and it was a nice experience. You can tell from the layout of the rooms that they used to be hospital rooms, but they are large and comfortable. The hallways are filled with old-fashioned furniture. Nothing frightening happened, although my brother was a little creeped out because he finds hospitals creepy. 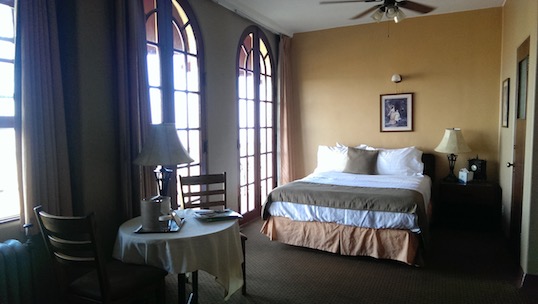 There is an upscale restaurant on site called The Asylum. When I was there, they covered the tables in white paper, and you were allowed to draw on them. 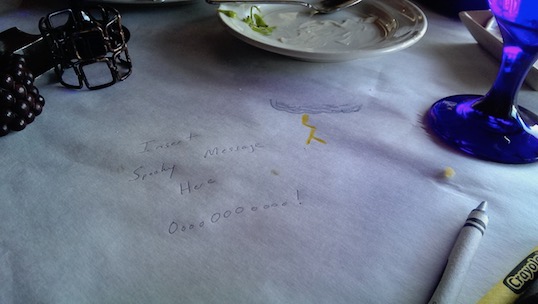 The Copper Queen Hotel in Bisbee is named for the mine that made the town prosperous back in its heyday. The hotel was constructed in 1902, funded by the Phelps Dodge Corporation. Mining executives and investors used to stay there as well as quite a number of notable guests, including territorial governors, the actor John Wayne, and General John J. "Black Jack" Pershing. In spite of the high-class clientele, the hotel was built in the section of town known as Brewery Gulch, which also contained a number of shady saloons and brothels (Branning 19-20). 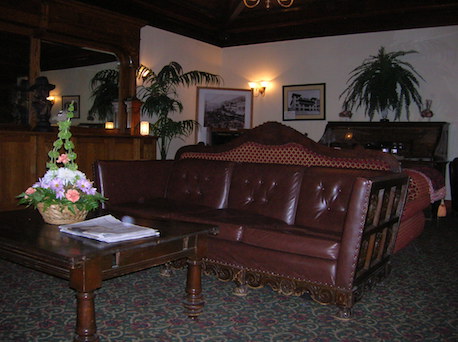 Several different ghosts have been seen haunting the hotel, but one of the most famous is Julia Lowell. She was a prostitute who apparently worked in the hotel during the early 1900s. She died in her early 30s, possibly committing suicide after a being rejected by a man who told her that he couldn't love a woman in her line of work. Her ghost has often been seen on the third floor, which is why Room 315 is now named after her. She particularly makes herself known to men, sometimes whispering in their ears (Branning 20-21). 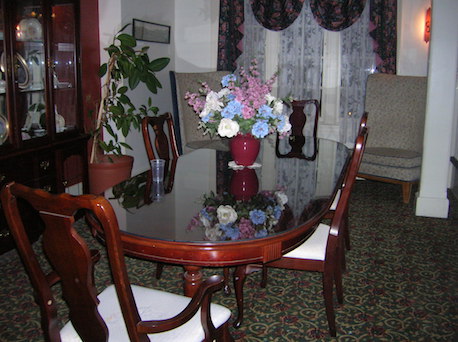 The hotel is a fun place to stay, full of history and antique furnishings. I stayed there once on a Friday the 13th, but nothing mysterious happened to me. I went all over the hotel and didn't see any ghosts. I noticed that some of the old door frames are a little warped, and a few of the windows don't seem to close completely, so there are drafts. Possibly, the drafts are responsible for some of the strange feelings people have in the hotel. It doesn't explain everything that people have seen, though, and my brother told me that he saw something shadowy standing near my bed after I'd gone to sleep. He'd have said something about it, but he said that he was too tired and didn't want to bother and figured I'd be grumpy about being woken up.

On the ground floor of the hotel, there is a restaurant that serves breakfast, lunch, and dinner called The Spirit Room and a bar, the Copper Queen Saloon.